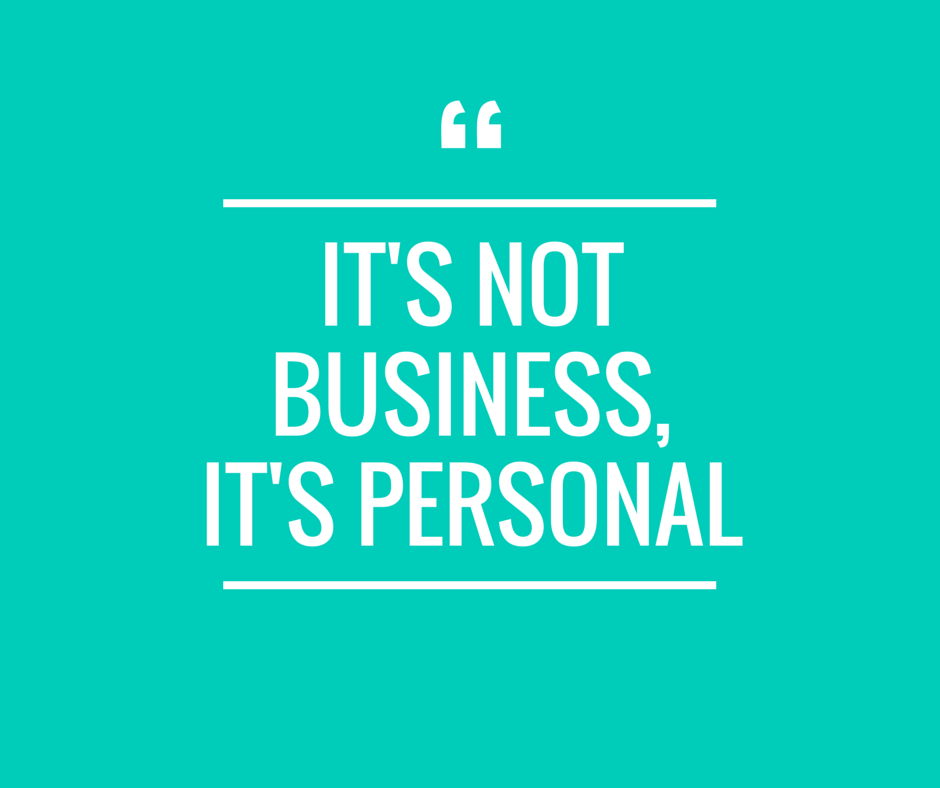 If you have ever seen the movie “You’ve Got Mail,” there is a gem of a scene in it that speaks volumes to the business world for those listening.

For those unfamiliar, this story has Tom Hanks as the owner of a large discount bookstore that moved in the same area as a small family-owned bookstore ran by Meg Ryan’s character. The two are simultaneously engaged in a blossoming online romance of anonymity neither knowing the person on the other end is a business rival.

To our point here, by the time Meg’s character owning the “Shop Around the Corner” bookstore is forced out of business by the big box retailer, Tom Hanks has become aware that it is her he has been falling for in the online romance. He recognizes the depth of her loss and without revealing his “Big Box identity,” he visits her to bring flowers and seemingly apologize for running her out of business in an attempt to move their possible relationship forward.

While I could write an entire book on how being personal and proper people skills can benefit you in business, here are just a few examples:

The Numbers are a result of the people

While every business has the clichés and sayings like, “our people are our great asset,” or “your customer experience will never be better than our employee experience,” or “The customer comes first,” when it comes down to it, they all look at the numbers. When push comes to shove the decision usually goes with the numbers. (Except in the case of litigation issues where employees may appear to be protected and come first. This protection itself, however, is often a nod to the greater numeric impact of paying out a larger legal settlement or the losses from bad press, more than a moral consideration for the individual.)

From Retail to Banking to restaurants and every business in between there comes the point where the emphasis on numbers and the pressure to meet prescribed numbers as metrics take over.

The irony is that all of these situations in an attempt to hit the numbers may contribute to that in the short-term but serve long-term thru a poor customer experience to start a downward spiral. As guest or customers visit less frequently, there are smaller margins and the numbers to hit get smaller as well.

While every business has to control expenses, the easiest way to cover them is to have more sales. Once you cover the break-even costs of business, a greater portion of every dollar flows thru as profit. The examples in the above approach are backward. If each business provided a truly excellent experience, their revenue would increase and provide the additional funds needed to bring the numbers in line when executed correctly.

Technology is only a facilitator

In his book, “It’s Your Ship, Management Techniques from the Best Ship in the Navy,” Veteran and Captain D. Michael Abrashoff, makes the statement, “Technology is only a facilitator.” I’ve never heard anyone define it so correctly.

Sincerity, Service, and Dedication are Intangible Personal Assets often left off the books

They say in the restaurant business that good service can save a bad meal, but a good meal can’t make up for bad service. This translates into all business. The right personal touch can often recover a flaw in the product. Here are a few comments from both sides of that.

Contrast that to a place where someone greets me upon entry with a smile and holding the door open for me. Guess where I am going back to?

Great leaders get all of this and as servant leaders have reduced turnover, better sales, and profitability as a whole.

The truth of the matter is that the popular rise of Loyalty Programs is an automated attempt to capture the return patronage that has been lost by poor service and experiences like these above. The real leaders aren’t making these mistakes and because they know it starts with being personal, their numbers in business are good.

Business and Personal/ You are at War!

Want to win your war?

Check back often, or be sure to subscribe to my private mailing list below for insightful updates, a chance to win a FREE autographed copy of my upcoming book and more.

Until Next time Remember,

“In Life, Family, Faith or Finance-Your Success is in the Details”- Doug

This Week Was Not Just “Business As Usual”

Like you, I juggle many demands on my time each day. Time seems to be at a premium for everyone these days as life gets busier and more demanding. Indeed we seem to be stretched thinner on a regular basis.…

Here Is The Miracle You Are Missing

This was derived from a true story, and it changed my life. I was on a business trip once which took me to a major city. A large and nationally known facility recognized as a place of worship was there that…

Rising Up For Good Influence and Your Change!

“Not another Blog!” That’s the way I feel about it too! My Name is Doug, well legally its Douglas, but I go by Doug and welcome to my blog and Author web site. So why is a guy that has…

While flowers are fashionable and appropriate for Mother's Day, they are not the most desired item among mothers-yet they do represent an excellent reference for what most mothers do want.  While our subject is Mother's Day and a chosen gift…